Do you believe that schools and/or school districts should form relationships with vendors? Why or why not? by cf – Thursday, 15 November 2012, 02:10 AM

My distaste for the increasing corporate (i.e. brand) presence in schools (not necessarily school initiated), from the clothes worn by the students themselves to the technology that they use, made the idea of schools/school districts furthering it through dependency on vendor relationships rather unappealing – at first glance. After having visited vendors on campus and at the ATLE 2012 conference, however, while I still have mixed feelings, especially when some of the vendors seemed like they would have perhaps preferred speaking to a teacher (with current buying power/influence), rather than a student (though that may have just been a misjudgment on my part), there were others that completely won me over with their passion for the betterment of education (but more on that in Activity 10.3).

The reality of the matter is that, for better or for worse, the society we live in today tends to almost guarantee that corporations will play some sort of role, in a wide array of situations and institutions. The likelihood in itself is not necessarily “right” or “wrong”, though there are those that would argue one way or the other, and is usually often viewed differently from case-to-case and person-to-person.  I personally, therefore, view relationships between schools/school districts and vendors, in a similar manner. While I think there is the potential for very fruitful results to stem from these relationships, there is, of course, also the possibility for a degree of “exploitation” (particularly in terms of exclusivity agreements etc.). The vendors, after all, are typically primarily interested in selling their product, and perhaps fail to always keep in mind the best interests of the school/school district and its students.

Another concern sometimes raised regarding this issue is how vendors, often not having an education background themselves, give the appearance of trying to seek to replace educators with their wares. “Dastardly Tricksters” is how blogger and professor Thomas Whitby, somewhat lightheartedly refers to them in his post “Vendors: Villains or Visionaries?”. He does conclude, however, that this is not necessarily always the case and that in today’s rapidly (technologically) changing times “Corporation and Education may need to strive more to find similarities and common goals together, rather than assume the solutions separately.”

Essentially, I think that if the vendor’s offerings coincide with the goals of the educator/school/school district, the potential for a thriving relationship that could benefit students can also be cultivated. I think problems ensue, however, when educators form their objectives based on a particular vendors’, as this situation could lead to an unsustainable dependency on certain products and the dismissal or overlooking of better, alternative solutions. Therefore, while I appreciate the many options available from vendors and think that beneficial relationships can be fostered between them and schools/school districts, I also would stress the importance of thinking about the long-term effects carefully and weighing comparable avenues very thoroughly, before making any commitments.

Re: Do you believe that schools and/or school districts should form relationships with vendors? Why or why not?
by — Friday, 16 November 2012, 04:09 PM

I like your point that students benefit if the vendors’ goals match the schools’/school districts’ goals. This would be important in providing continuity and stability for long-term effects not only for students, but also, in the education field itself. Working collaboratively will help ensure positive outcomes for students’ learning.

Re: Do you believe that schools and/or school districts should form relationships with vendors? Why or why not?
by cf- Sunday, 18 November 2012, 01:59 AM

Thanks for your feedback Jenny. It definitely often seems to come back to collaboration, doesn‘t it? And in those instances it sure is helpful if ones’ goals align… While it is completely understandable that vendors need to make money to supplement the development of their products, I sure do appreciate those that provide schools/school districts or students with more affordable (or even complimentary) rates/ services, than they would perhaps other individuals or businesses. Overall, I think that the closer vendors work with schools – the operative word being “with“ – the better the outcome will likely be. For example Alberta’s license agreement for “Windows and E-CALs will save the K-12 education sector an estimated $1.5 to $2 million annually“, which is great because it not only saves the school board money, but its beneficial for the vendor as it will guarantee them a committed customer (i.e. income) for a number of set years. I do admit, however, that I was surprised at how recent this agreement was (effective from April 1, 2010 to May 31, 2013). I guess that might be an indicator as to how long it takes for a solid collaboration to be realized. In the end, I really hope that schools/school districts continue to (successfully) collaborate in endeavors such as these, while not diverging from their respective goal.

Re: Do you believe that schools and/or school districts should form relationships with vendors? Why or why not?
by— Sunday, 18 November 2012, 05:01 PM

Christina- great post! Your thoughts are very similar to mine, and your explanation of both the advantages and disadvantages is great. I agree with the idea that if the schools and companies share goals that students can greatly benefit. But, like you, I also also afraid of companies following only strict capitalism and ignoring the needs of our students. I think that if vendor relationships are formed that they should never be too long term. Technology changes rapidly and school goals and environments can alter and adapt quickly as well. Hence, I think that schools need to constantly monitor and evaluate the relationship in order to ensure that it is always beneficial for the students. Perhaps there shouldn’t be long term relationships? Perhaps a 5 year contract is too long in our fast paced, changing world? Maybe two years? Thanks for stimulating more thoughts!

Re: Do you believe that schools and/or school districts should form relationships with vendors? Why or why not?
by cf- Sunday, 18 November 2012, 10:58 PM

Thank you for your reply! I have to admit that I honestly am not certain whether long-term or short-term relationships are better or worse. While I think the flexibility for schools to re-evaluate their choice (as you mentioned above) and be able to “break-up” a relationship after the agreed upon term concludes is definitely a positive, I worry, however, that it may also open up “windows” to negative repercussions as well. After all, what if a school/school district invests in a product for a couple years and has students increasingly dependent on its use, but then is forced to pay more by the vendor in order to renew or continue usage of the product. While its great if schools/school districts can meet the demands of the vendor, I wonder about the downside of potentially not having the resources to maintain the relationship.  In the end, it is not only money that can be lost, but time and effort devoted by instructors and students to the respective vendor’s product/service. Although the opportunity to learn or use something new for even a short time can be a great experience, the danger is perhaps if it happens too frequently and hence, ends up being time-consuming and frustrating.  Whatever the case, I have to agree with you that this topic has definitely triggered a lot of stimulating thoughts… Thanks for sharing some of yours. 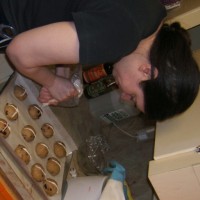 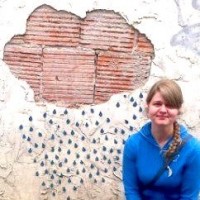